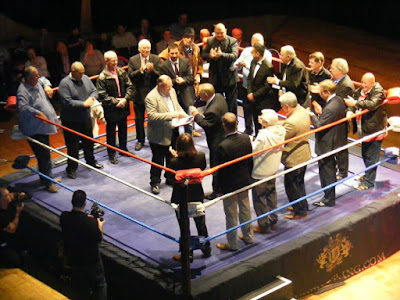 Dear Members
As we end one year and start another the entire Committee of the British Wrestlers Reunion would like to wish each and every one of you a happy, healthy and prosperous New Year and hope that 2017 is a good year for you all.
As well as saying farewell to 2016, today is a momentous day for British wrestling in the UK as it returns to ITV after nearly 30 years.  The show which was filmed in November has attracted huge publicity from not only social media but also the National Press which can only be a positive thing for the wrestling industry.  British wrestling is in the best shape it has been in for many years with record attendances at many live events up and down the country and we wish everyone involved in the show today all the very best and hope that this leads to even better things for the wrestling business in 2017.
As a new era starts for British wrestling on television we ourselves will see a new era for the Reunion in 2017.  After our hugely successful 25th anniversary Reunion we now look forward to the next one which will be held as always at The Bridges on Sunday 13th August.  As in previous years we hope that many of you will join us from various destinations around the World to celebrate wrestling both past and present and we can promise you that the new era will certainly be something you will remember. Whilst we will be keeping to the tradition that has made the Reunion so popular we will be introducing some new features which we hope you will be enjoy.
Throughout the year we will be updating everyone regarding the Reunion via our website at www.britishwrestlersreunion.com and our facebook page British Wrestling, the Glory Years so please check these out so ensure you do not miss any of the exciting news we have to bring to you.
In closing we thank you all for your continued support during 2016, all the positive comments we receive are very much appreciated and we hope that you will continue to support us all in 2017.
Yours in wrestling,
Joe D'Orazio, Wayne Bridges, Sarah Bridges, Ken Sowden, Barry Howard, Martin Gillott, Frank Rimer, Johnny Kincaid, Colin Joynson & Bobby Stafford 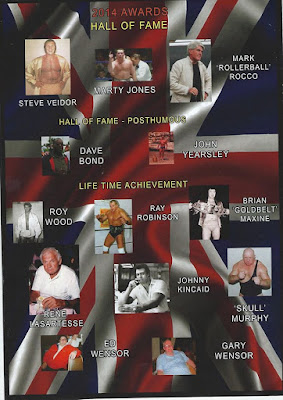